Our little friend Flounder is doing his part to fight hunger by addressing the Food Bank’s Most Needed Items. Flounder’s body is packed with protein, using items like Canned Fish, Beans, and Chicken Noodle Soup. Being a fun fish, he also has some Zoodles thrown in to keep things interesting. He is FINished using Pasta and Mac & Cheese for his fins and Canned Meat for his dorsal fin and tail.

The ocean scene around Flounder is also packed full of yummy most­ needed food bank items like Peanut Butter brain coral, Canned Fruit sponges, Canned Vegetable seaweed, Cereal sands, and School Snack sea urchins. Feeding those in need is not a whale of a problem. Just look into your sole, lend a helping fin, and things cod-n’t be better! 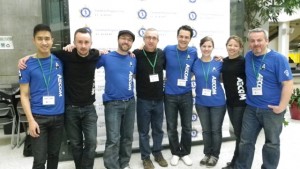